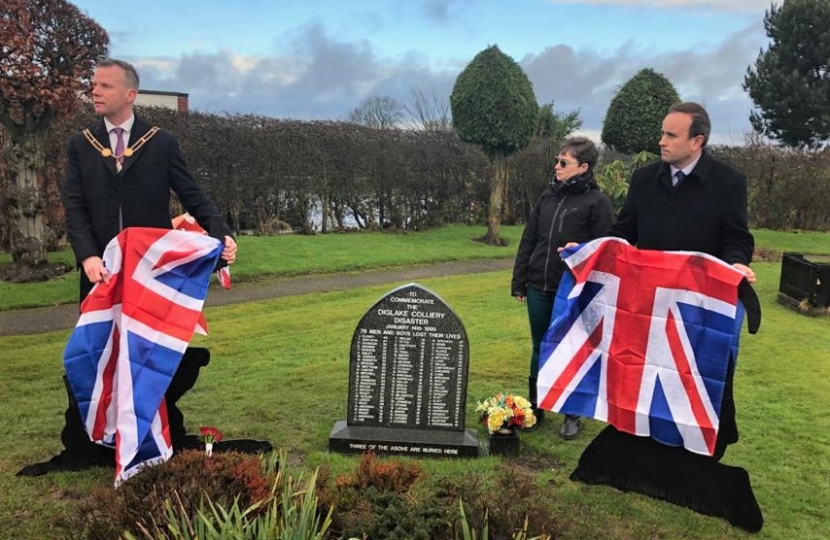 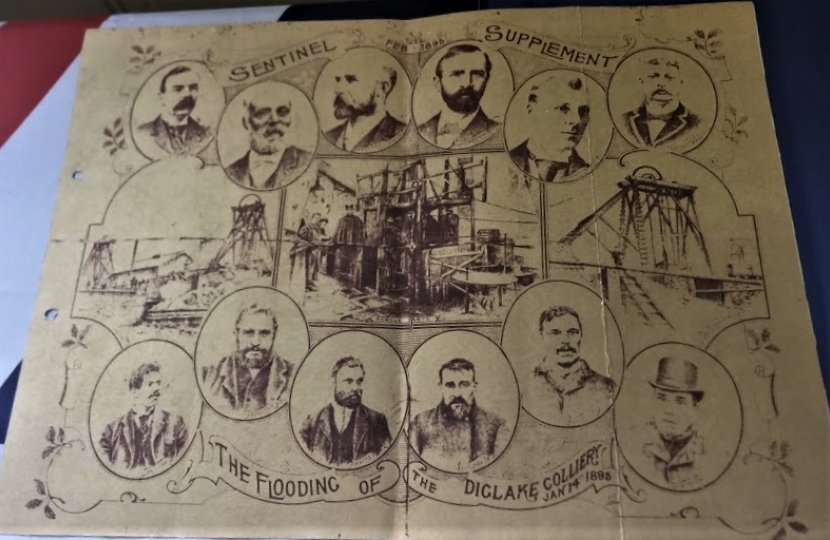 Two new sculptures have been unveiled at Audley Methodist Church to mark the 125th anniversary of the Diglake mine disaster, which claimed 77 lives. A memorial walk and service was observed by local people to commemorate the occasion.

125 years ago, on January 14th 1895, 77 men and boys were killed in the Diglake Colliery (also known as the Audley Colliery) as a result of an inrush of water from an abandoned mine working. There were 240 working the pit at the time, and through great heroism and some miraculous escapes a number were able to make it to the surface, but very sadly 77 died in appalling conditions. Two bodies were recovered at the time, but it was not possible to recover the others. Three more were recovered in 1932 and were buried in Bignall End cemetery, but the other 72 rest in peace in the place where they died.

Through the efforts of Audley Methodist Church, we met for a Memorial Walk through the village, during which the names of the victims were read out at appropriate stopping points. This was followed by an unveiling of two new sculptures at the Diglake Memorial in the cemetery. I was deeply honoured to be asked to take part in this alongside the Mayor of Newcastle. Finally, the Reverend Joy Ventom led a moving service at the church, during which children from Ravensmead School Council also read the list of names. It was particularly striking that some of the victims were boys, with the youngest only 13.

I am very mindful and respectful of our industrial and mining heritage here in North Staffordshire. It is easy to romanticise the past, and indeed there was a great nobility in the solidarity of the miners and their families in the villages that grew up around the collieries. But we should not forget that mining was hard and dangerous work, and all too often miners paid the ultimate price. North Staffordshire was particularly hard hit by disasters such as Diglake and Minnie Pit, and it is right that we commemorate and memorialise the victims.

I would like to place on record my thanks to everyone who made this event possible, especially Cllr Bert Proctor, Bob Alcock, and everyone in the Methodist Church leadership team. Thanks too to the Audley Brass Band for their splendid playing, the Audley Bowmen for their stewarding and marshalling of the walk (ably assisted by the police), and to Jim Worgan for his erudite history of the disaster which he shared with us during the service.

Former Liberal Democrat councillor Ian Wilkes has joined the Conservative Party, on the day that the UK left the European Union.

I was delighted to meet with Ian in Audley, to welcome him to the Conservative Party and to talk about his priorities for our area.