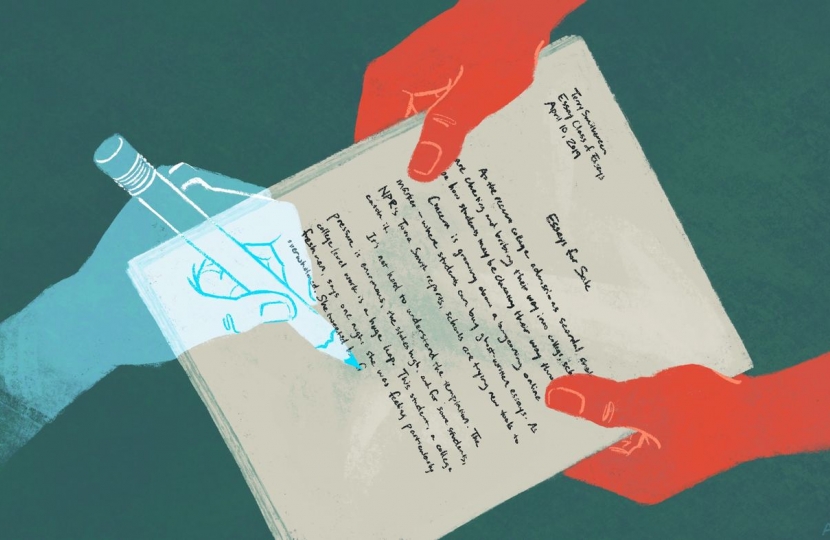 Earlier this week, I was happy to co-sponsor a Bill brought to the Commons by my colleague and former Universities Minister, Chris Skidmore MP, which seeks to prohibit the operation and advertising of essay mill services.

Commercial entities that make money by encouraging students to cheat in assessments are known as essay mills.

These so-called essay mills aren’t just exploiting vulnerable students, who are being driven towards them by worry over their studies, especially during the pandemic. They are also exploiting the consequences of using them – blackmailing students who use their services by threatening to report them to their universities or their future employers if they do not pay them additional money.

The Bill does not seek to criminalise students themselves for using essay mills, but the companies running them. These companies should have no place in our modern society.

This call has support from many education bodies and, importantly, students themselves. Similar legislation has been brought into other countries around the world. This Bill would ensure integrity at our universities, and fairness for all the students who would not dream of using such a service.