THE WEEK IN WESTMINSTER #6 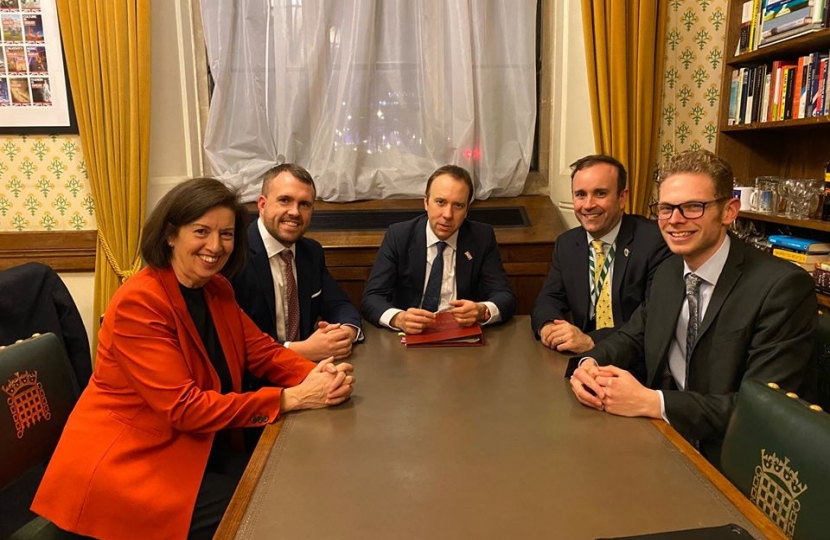 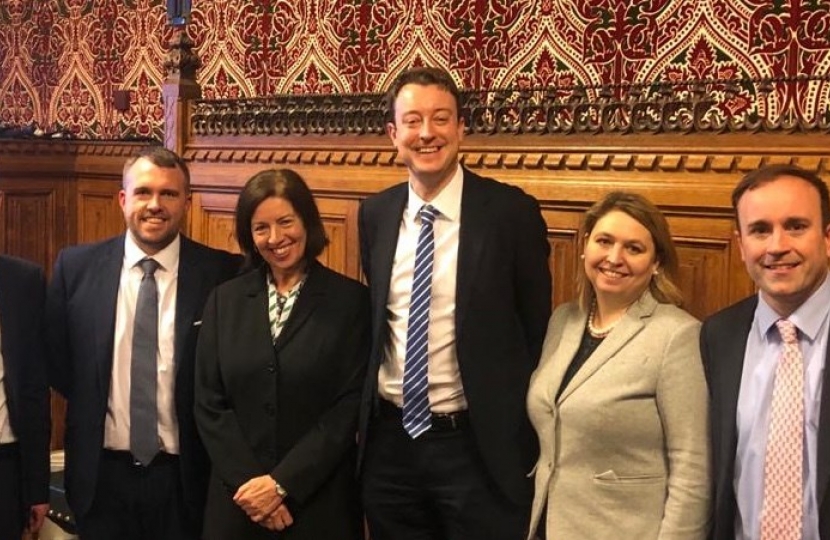 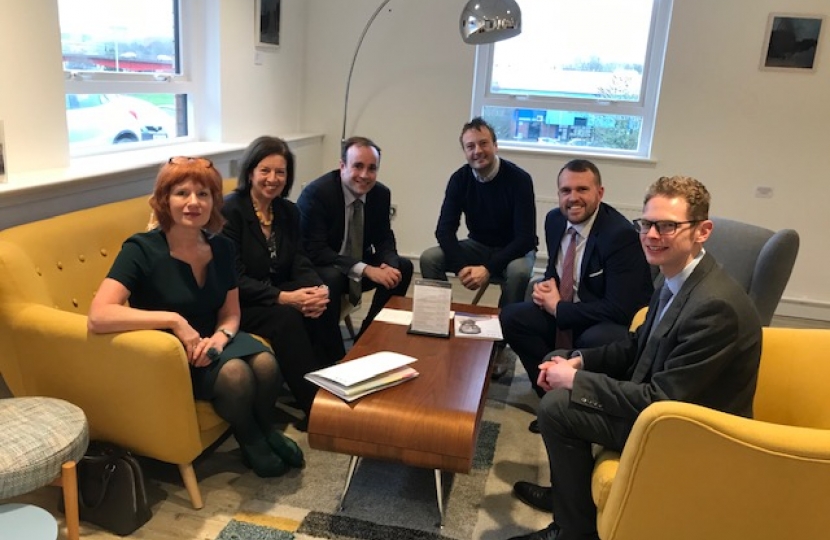 This week I have chosen three photos to illustrate that the MPs across North Staffordshire (me, Jo Gideon MP, Jonathan Gullis MP, Jack Brereton MP and Karen Bradley MP) are working together in the best interests of the wider area.

The first photo is of us lobbying the Health Secretary Matt Hancock. We do not feel that Staffordshire - and especially North Staffordshire - gets its fair share of the health budget. As a Government, we have passed the NHS Funding Bill into law, meaning the NHS will get an extra £33.9bn per year by the end of this Parliament, but as local MPs it is our job to fight the corner of our area and our hospital.

In particular we are pushing for Government to buy the Royal Stoke University Hospital out of its PFI contract, which was signed by the previous Labour Government and costs around £16m a year to simply service the debt. This is money that could be going to the front line instead, to improve outcomes for patients.

The second photo is us with Treasury Minister Simon Clarke, pushing for local infrastructure investments to be included in the Budget e.g. local transport improvements such as a superbus network across Stoke & Newcastle.

The third photo is us visiting the Staffordshire Chambers of Commerce on Friday to meet with their President and CEO. The Chamber exist to help local businesses grow by e.g. moving into new markets, or offering better training programs to help make their staff more fulfilled and productive. They are also keen on seeing our local infrastructure improve!

During the week in Westminster, on Tuesday I was elected onto the Science and Technology Committee, and I also managed to secure a debate about odours emanating from landfill sites, which will be held on Tuesday 25th February (see https://www.facebook.com/AaronBell4NUL/posts/205015247567673 for more).

In the House of Commons itself we passed two important pieces of legislation relating to prisoners. The first directs the Parole Board to take into account an offender's refusal to disclose information about their victims (in most cases about bodies, but it also applies to e.g. abuse photographs).

The second pushes the early release point for those convicted of terrorist offences back to the two-thirds point of their sentences, rather than one-half. I spoke briefly in this debate - it is an important short-term response to the recent attacks but clearly the Government will need to legislate further to deal with criminals who will not engage with deradicalisation.

Parliament returns on Monday 24th February. We have broadband being installed at my new shop (3 Queens Parade, opposite Castle House) during the next week and we will hopefully be in a position to open that formally very soon - in the meantime please email aaron.bell.mp@parliament.uk.

Enjoy the half-term holiday and stay safe with the severe weather.

I would like to thank the team at Cobra Biologics on Keele Science Park for inviting me to come and speak with their CEO and Chief Scientific Officer today, followed by a tour of their manufacturing and research facilities.