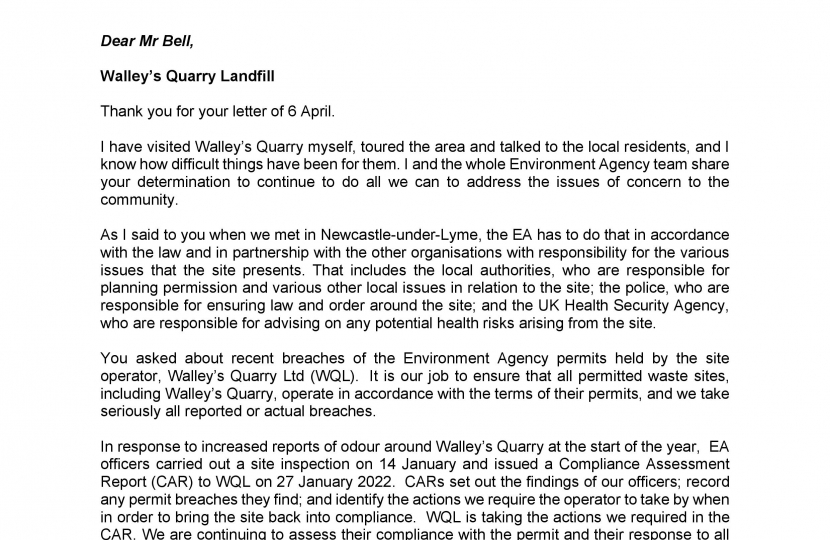 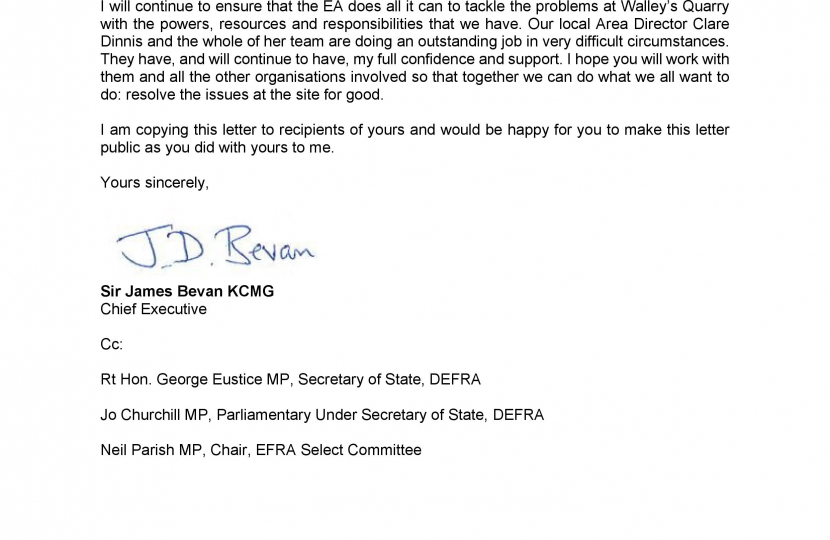 I have now received a response to my letter of 6 April calling for the revocation of the permit, after learning of a further four permit breaches, three of the most serious category [C1], which I have attached below.

Once again, the Environment Agency are burying their heads in the sand about the true scale of the problem and refuse to properly address the substance of my complaint - that they are not currently doing enough and must change their approach urgently. It is evident that the operator cannot possibly be said to be "working towards achieving compliance" with their permit in a timely manner - yet instead of taking further action against the operator, the EA are choosing to defend their own lack of action.

I am also disappointed to see further misrepresentation regarding when and how the community were informed of these breaches. Sir James alleges that these were publicised in community updates of 10 February and 10 March, but neither of these documents (which are available on the EA's citizen space website) mentions the word "breaches" at all. It is simply not good enough to refer to "contributing factors" and expect people to understand that the permit had been breached in the most severe way (given that the EA defines C1 breaches as "associated with a major impact on human health quality of life, or the environment.")

Furthermore, whether or not they were obtained via a Freedom of Information request or via the public register, the community should not have had to go looking for this information - the EA should have pro-actively engaged with the community to ensure they understood what had happened and what it meant.