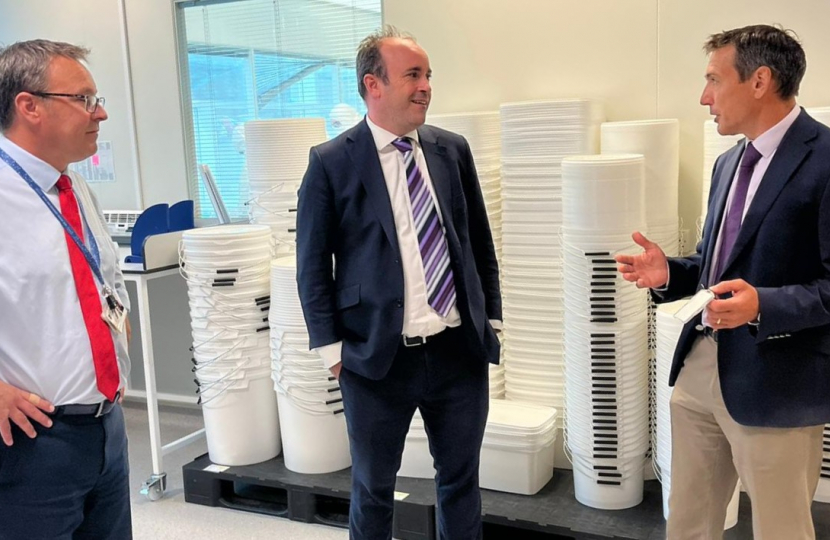 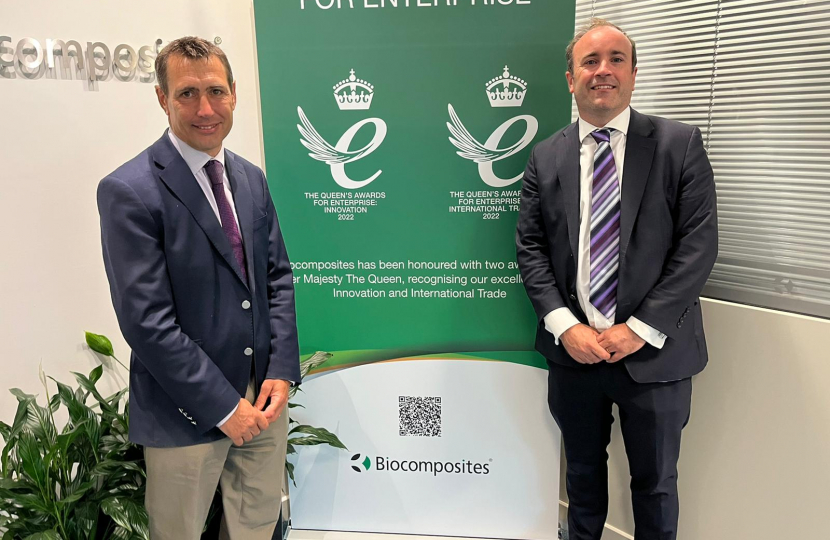 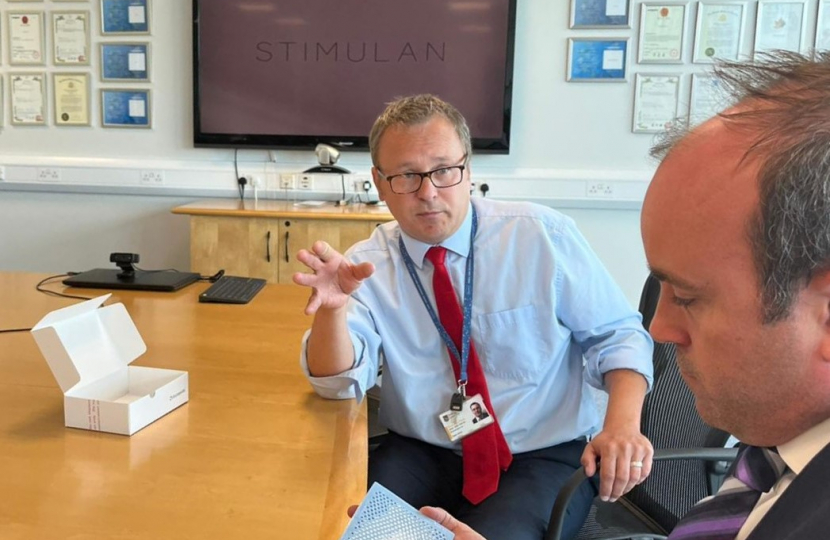 On Wednesday I visited Biocomposites Ltd, who are a world leading developer of innovative calcium compounds for surgical use, based in Keele Science Park. I met with the CEO Mike Harris (right in first photo) and Clinical Research Director Sean Aiken (left in first photo) and was given a tour around the facility.

I was delighted to go to Biocomposites as both their local MP and as a member of the Science and Technology Committee, as they have just been awarded two Queen's Awards for Enterprise - in recognition of both their scientific innovation and also their huge success in international trade (over 95% of their business at present is in exports).

Biocomposites was founded in 1987 by Stephen Bratt, who at the time was the director of a local pottery firm. He recognised the potential for medical uses - such as regrowing bones - of calcium sulphate, a common component in pottery. In 2004 the company moved to their purpose-built headquarters at Keele University.

From the new headquarters the company set about the development of its Stimulan product. Stimulan allows for the intensive application of antibiotics to a localised area: the antibiotics are mixed with the calcium sulphate which slowly dissolves over a period of weeks, releasing the medicine and dramatically increasing the rate in successfully treating infections such as diabetic ulcers and inflamed joints.

It is fantastic to see such world-class scientific development taking place here in Newcastle-under-Lyme.