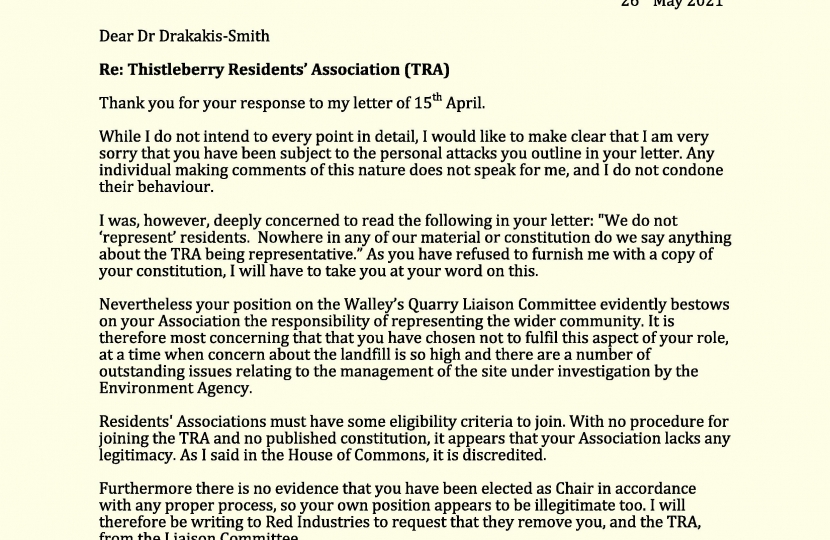 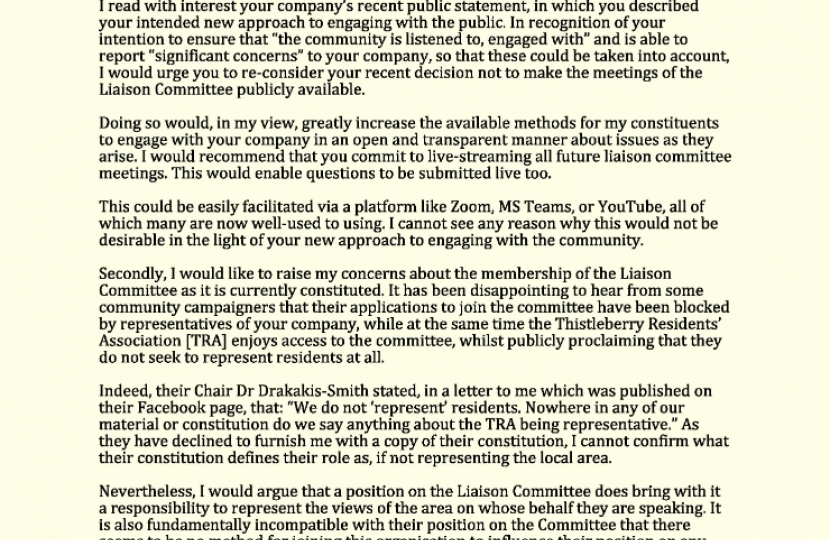 I was sorry to learn that the Chair has received personal attacks and I do not condone this behaviour.

I was, however, deeply concerned to read that the Residents' Association does not ‘represent’ residents, which seems to me to be the core purpose of any such organisation. I am also perturbed that they are unwilling to release details of their constitution, membership numbers, or records of their most recent AGM at which their Chair and other officers were presumably elected.

From their correspondence, it seems to me that the TRA is operating as a private club rather than a Residents' Association, so I have written to Red Industries to request that they remove the TRA from the Liaison Committee. I have also responded to the TRA.

After the Prime Minister's Press Conference about delaying Covid-19 restrictions the Health Secretary made a statement in the House of Commons.