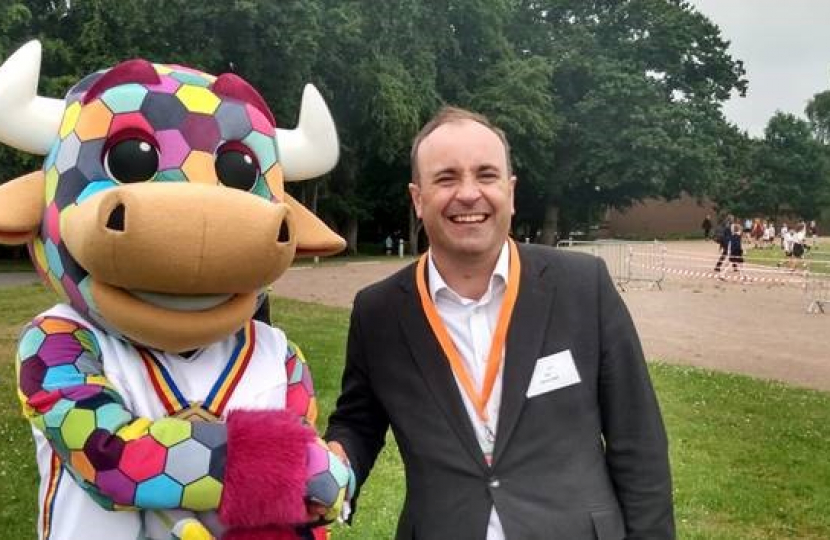 It was a pleasure to attend the School Games festival that took place at Keele University on Friday. After a break of 2 years due to the pandemic, the event was a very enjoyable occasion and over 1000 young people took part from schools across Staffordshire.

The School Games is a key Government priority for ‘realising a meaningful sporting legacy from the 2012 Olympic and Paralympic Games’. With support from three Government Departments (Department of Culture, Media and Sport, Department of Health and the Department for Education) and funding from Sport England through the National Lottery, the School Games is an approach to competitive school sport designed to motivate and enthuse all young people.

Thank you to all those who organized it, in particular to Carl Inskip from Staffordshire and Stoke-on-Trent School Games who coordinated the Newcastle schools’ participation.

I was also very happy to get a photo with #PerryTheBull, who is the Commonwealth Games' (Birmingham 2022) Official Mascot.