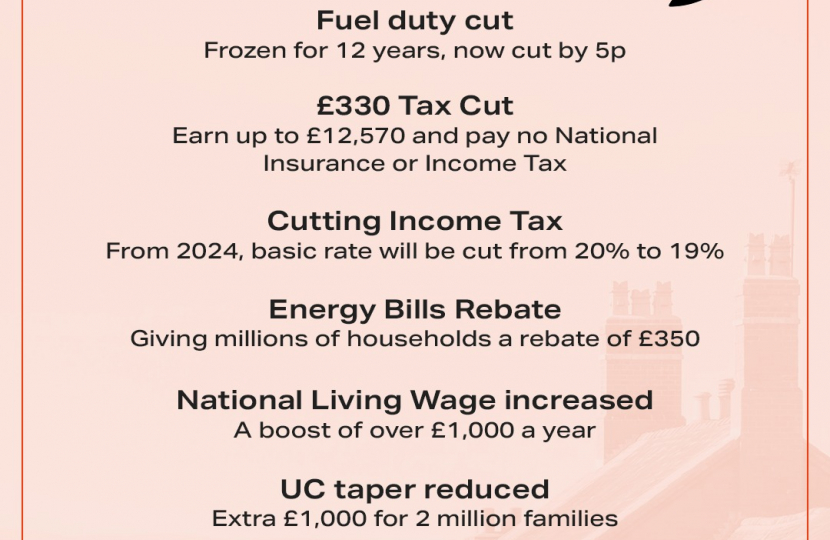 The situation in Ukraine reminds us that the United Kingdom’s security and ability to be a force for good in the world is in large part based on the strength of our economy. Thanks to our actions, the economy is recovering well, with record job vacancies and unemployment back at pre-crisis levels.

The steps we are taking to sanction Russia are not cost free for us at home: the biggest impact will be on the cost of living for working families.

We are today publishing a new TAX PLAN to reduce and reform taxes over the Parliament: helping families with the cost of living, creating the conditions for private sector-led growth, and sharing the proceeds of growth fairly:

Cutting National Insurance now – a £6 billion TAX CUT for 30 million working people across the UK from July, worth over £330 a year – 70 per cent of people will pay less tax even after the levy

Cutting the basic rate of Income Tax to 19p from 2024 – the first income TAX CUT for 16 years, a £5 billion tax cut for over 30 million workers, savers and pensioners

Cutting business employment taxes now by raising the Employment Allowance to £5,000 – a TAX CUT for half a million small businesses worth up to £1,000 per business

This Tax Plan delivers the biggest net cut to personal taxes in over a quarter of a century.

It is only because a Conservative government is capable of the tough but responsible decisions to fix our public finances that we can announce today that taxes are being cut, debt is falling, and public spending is increasing. Delivering this Tax Plan requires continued discipline on public spending that only a Conservative government can provide.