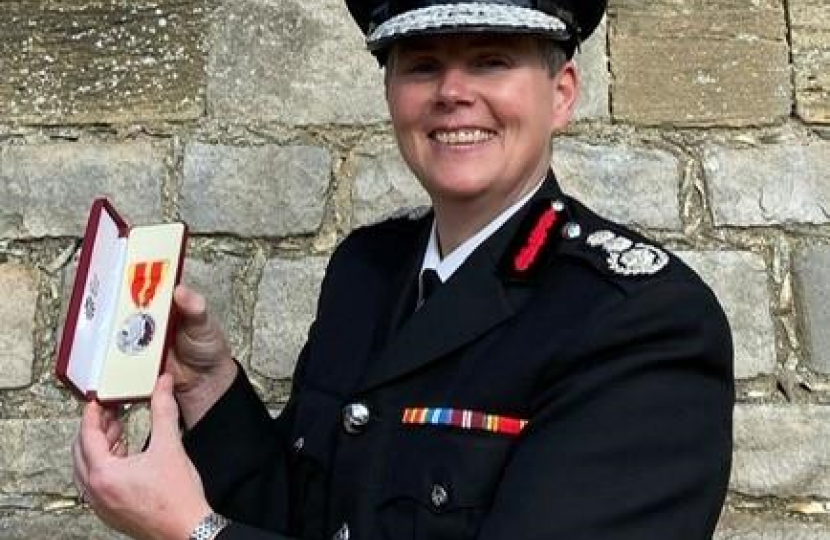 Becci was recognised with the medal in the Queen’s New Year’s Honours List in 2020. It is given to fire service members in recognition of distinguished services or gallantry. Becci played a huge role in the service’s and the county's response to covid-19.

Becci was appointed Chief Fire Officer in 2016 and became the first woman in the UK to have achieved such a distinguished position after beginning her career as an operational fire fighter. She retired earlier this year.

Congratulations to Councillor Derrick Huckfield who has been elected as Councillor for Knutton at Newcastle-under-Lyme Borough Council. Here is his reaction.