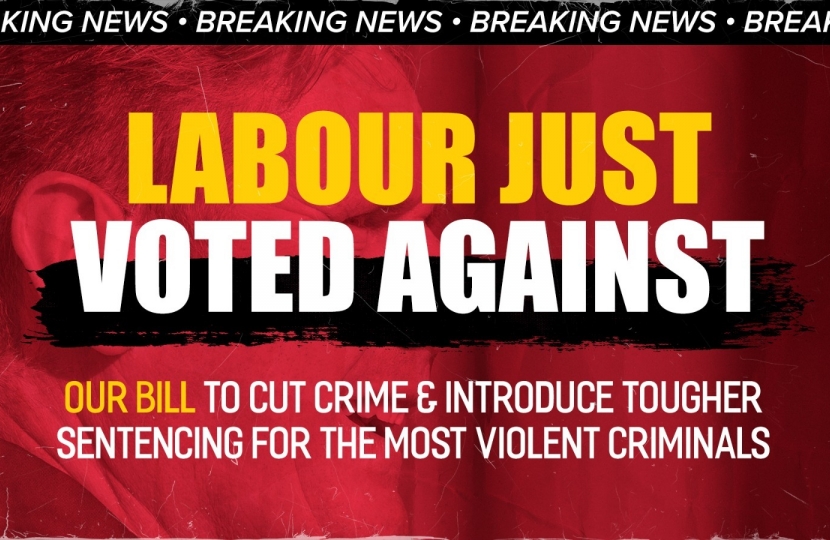 The first job of any government is to keep people safe, and we have been committed to cutting crime and reforming our justice system so that it serves the law-abiding majority.

I was proud to vote for the Bill this evening: it will cut crime and introduce tougher sentences for the most violent criminals.

This Bill will also strengthen police powers to tackle unauthorised encampments that can cause harm, disruption and distress to our local communities, by criminalising certain forms of aggravated trespass.

The Bill will enhance police powers to tackle non-violent protests that cause significant disruption to the public, such as those we saw from Extinction Rebellion.

And the Bill also encompasses Kay’s Law, which will provide better protection for victims and witnesses in cases of violent and sexual offences.

Unfortunately, there were so many people wanting to speak that I was not able to deliver my speech in the Commons Chamber. I have attached it instead.