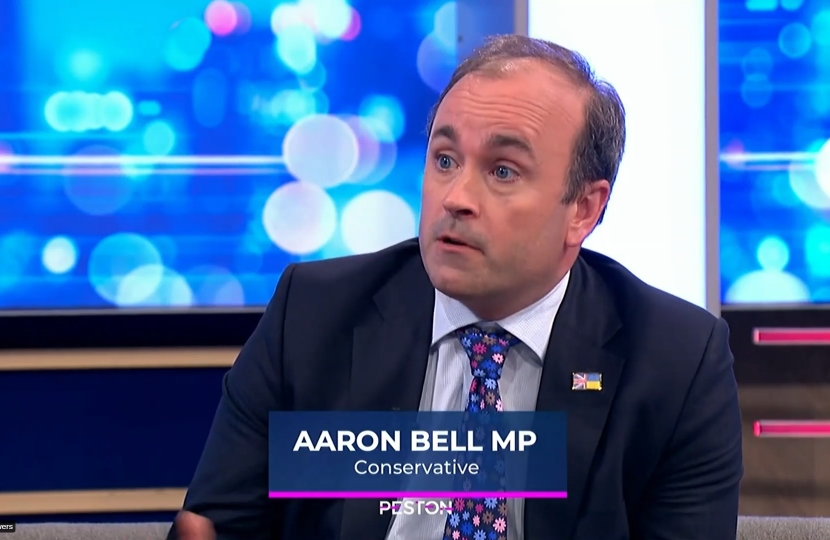 Tonight I took part as a panelist on Robert Peston's ITV show discussing, amongst other things, the Prime Minister and the vote of confidence that took place on Monday. It will be on ITV shortly (at 10.45pm).

I voted against Boris Johnson on Monday evening, but I respect the choice of my colleagues, who supported him by a majority of 63. In our party, we respect democratic verdicts - unlike the Labour Party over Brexit, or the SNP over Scottish independence.

Though I stand by my vote, the Prime Minister now needs to be given the time and space to try to reunite the party, but more importantly to deliver for the British people and for places like Newcastle-under-Lyme. There is no sense in continuing a civil war within the party, when the public rightly expect us to focus on their priorities, most especially in tackling the cost of living.