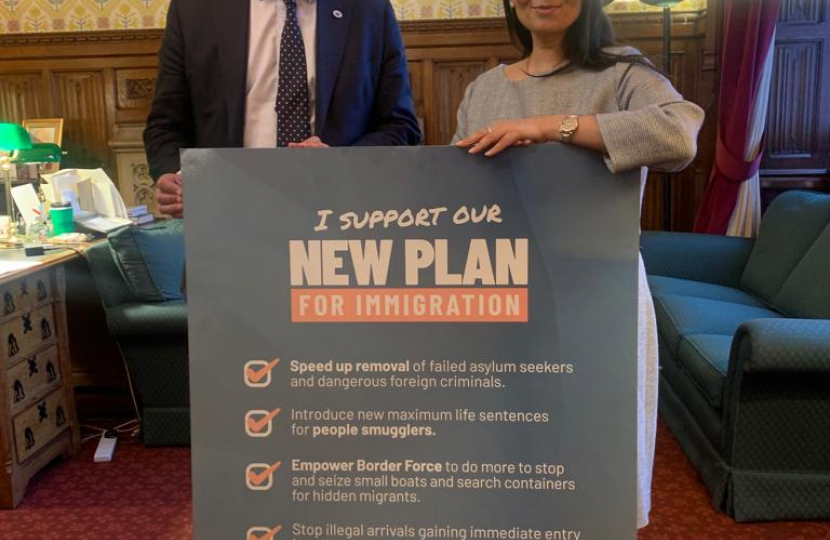 Both tonight and last night the House of Commons has rejected attempts by Labour and the House of Lords to water down our Nationality and Borders Bill. I have repeatedly voted to ensure that our manifesto commitments to fix our broken asylum system are respected, and I am glad the House of Lords has finally backed down and recognised our democratic mandate. Labour have voted against this legislation 30 times in the Commons & the Lords, but we have prevailed.

The Nationality and Borders Bill is part of the Home Office's New Plan for Immigration, under which access to the UK's asylum system should be based on need, and illegal immigration should be prevented. And our new partnership with Rwanda will deter the criminal people-smugglers operating in the Channel, who put lives at risk with every illegal crossing.

All this will enable the UK to sustain safe, legal and generous offers of sanctuary to people in genuine need, such as those fleeing Ukraine or Afghanistan, or the Hong Kongers who have been repressed by the Chinese government.

I know that when people voted for Brexit they recognised that our immigration system was broken. The passing of this Bill is a huge step towards fixing it.