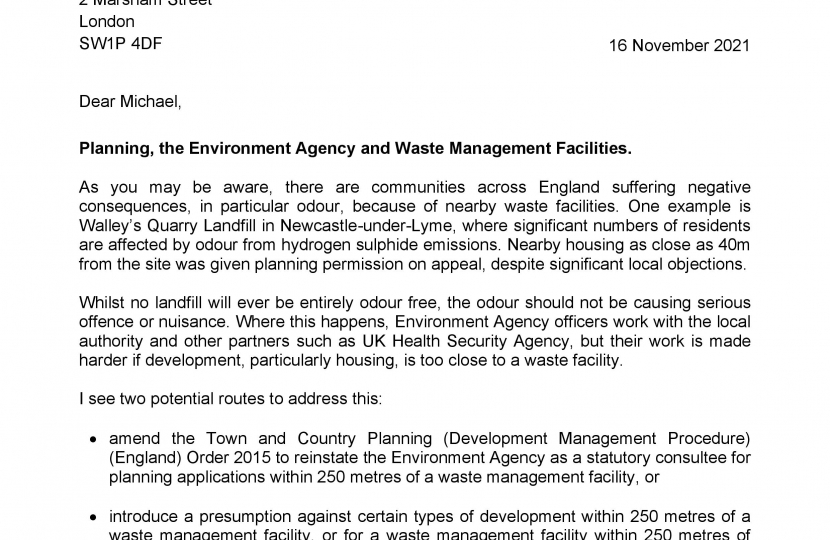 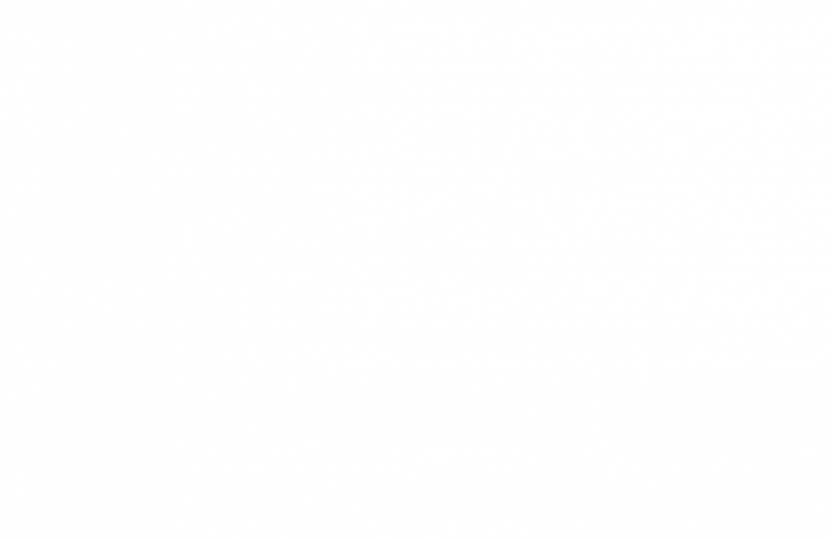 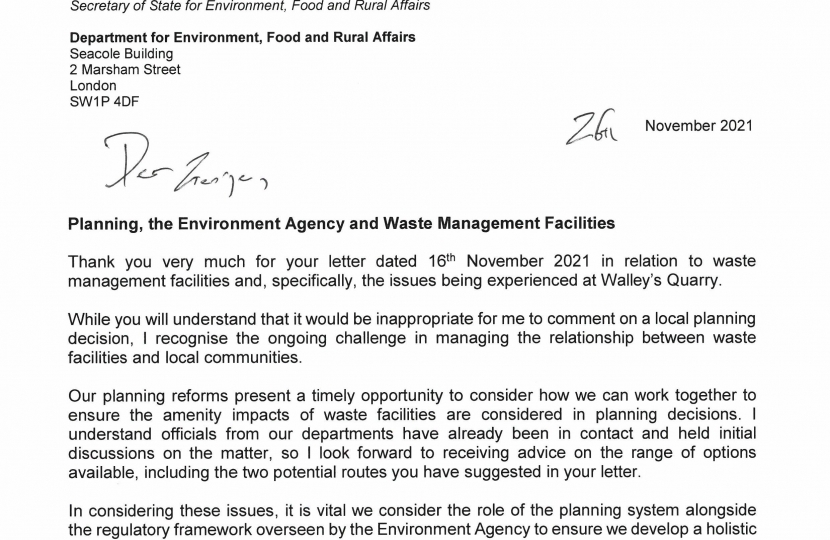 As you can see the letters between the two Cabinet Ministers discuss the issues with planning permission being granted for new developments near to waste facilities.

I am very pleased that conversations are being held in Government on this issue and that elements of my 10 Minute Rule Bill were mentioned.

The Bill, which I introduced in March of this year, included a measure to introduce a presumption against planning applications for new landfill sites liable to cause odorous emissions in built-up areas.

At the time, I did say that unfortunately this would not work retrospectively for the people of Newcastle-under-Lyme affected by Walley's Quarry landfill. I did hope that it would stop similar situations from happening again so that no one would have to be put through the blight you have all suffered from over the past year.

I agree with George that more protection in the planning system is necessary to help protect our communities and the environment.

It seems that there is a real commitment to sort the issue out. I am glad that both Departments will now work together and the Housing Secretary will be receiving advice on how he can move forward on the matter, and I look forward to playing my part both in Parliament and behind the scenes.