FREEDOM OF THE BOROUGH CEREMONY 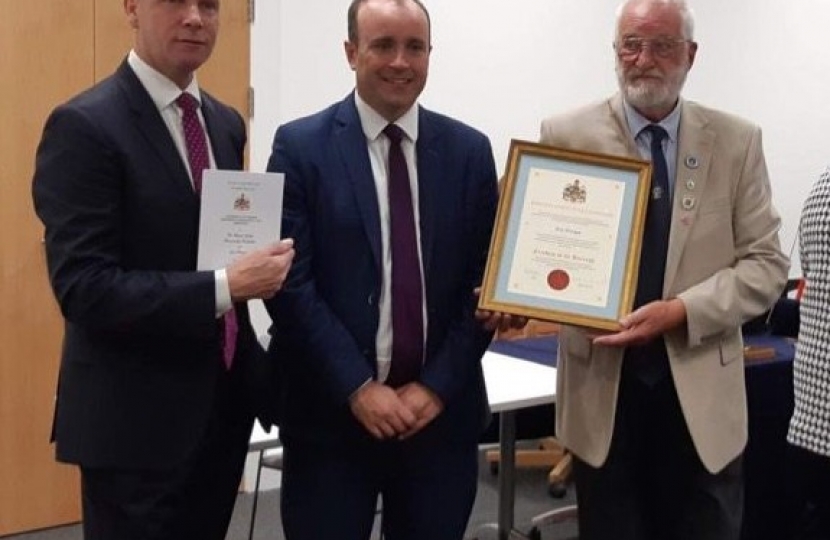 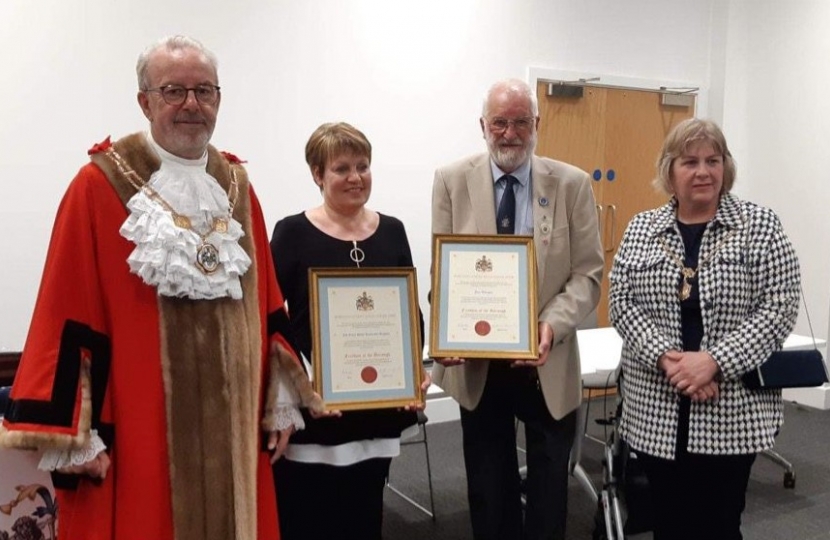 The honour was bestowed upon Jim Worgan as recognition of his role as the most prominent local historian of the Borough and his status as a local community stalwart. Jim worked for 32 years in the mining industry and he has also been a key member of various organisations including the Philip Astley Project, the Newcastle-under-Lyme Civic Society and the Friends of Brampton Museum.

The Freedom of the Borough has also been awarded to the Royal Stoke University Hospital in recognition of their long and dedicated service to the area, and particularly for their supreme efforts during the pandemic. All the staff at Royal Stoke have gone over and above the call of duty in the past 14 months.

The Mayor, Cllr Ken Owen, presented the Scrolls both to Jim and also to Tracy Bullock, Chief Executive of the University Hospitals of North Midlands NHS Trust which is responsible for the Royal Stoke. Jim & Tracy both gave excellent speeches accepting the awards.